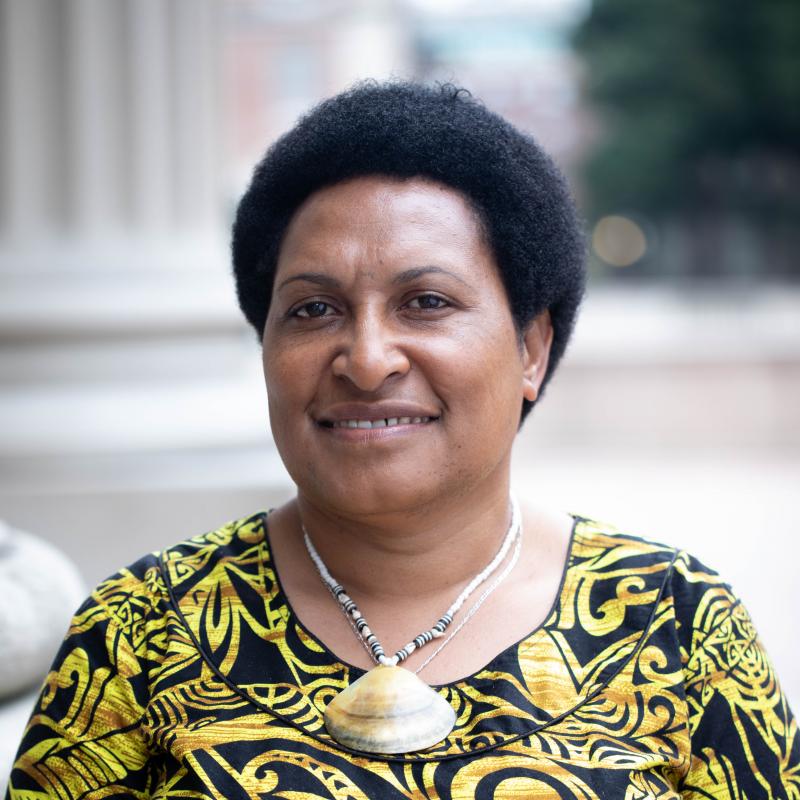 Fostering collaboration between stakeholders and government on the implementation of policies related to Sorcery Accusation Related Violence.

Ruth Kissam is a community organizer and a human rights activist focusing on Sorcery Accusation Related Violence (SRV) in Papua New Guinea. In 2013, Ruth worked with other key stakeholders to play a critical role in the advocacy against and repealing of the colonial Sorcery Act of 1973 and the amending of the criminal code to include the illegality of crimes committed on allegations of sorcery. Currently, she is the Director of Operations for the PNG Tribal Foundation, a nonprofit organization that works in areas of maternal and child health, education, and gender based violence. In this role, she led the Senisim Pasin Film Campaign, a multi-year national campaign designed to change cultural attitudes about how women are valued in Papua New Guinea. Previously, Ruth worked at Malaumanda Development Corporation, now called Aiaba Minerals, a mining company owned by indigenous landowners, where she advocated for indigenous peoples’ rights to make decisions regarding the development of their land, and Yobone & Co Lawyers, where she worked on legal cases related to gender-based violence and Sorcery Accusation Related Violence. Ruth studied law at the University of Papua New Guinea for two years and hopes to return to graduate with her bachelor’s degree. Ruth has been awarded the Draper Hills Summer Fellowship on Democracy and Development at Stanford University’s Center on Democracy, Development, and the Rule of Law. She also participated in the Community Solutions Program with IREX, a global development and education organization, and PLAN USA’s Global Women in Management program in Jakarta, Indonesia.