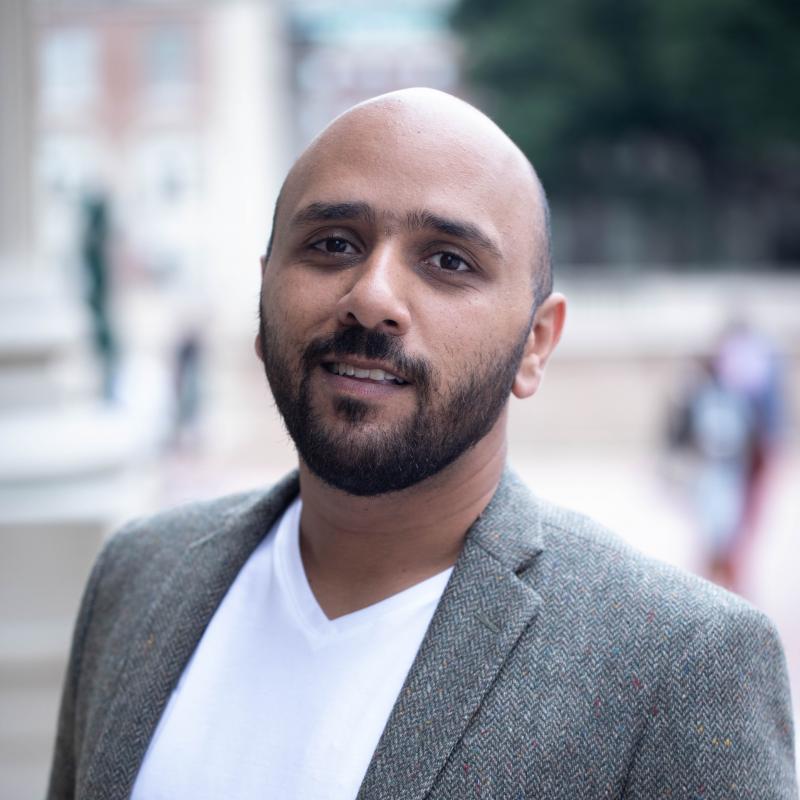 Defending human rights through the documentation of violations against civilians and conducting advocacy efforts locally and internationally to shed light on the conflict in Yemen.

Ali Almurtadha formerly worked as a central researcher at Mwatana for Human Rights, an independent organization that documents and investigates human rights violations committed by all parties in the Yemen conflict. Ali worked primarily on statements, reports, and short films to spread awareness of the political rights of civilians, to increase civic engagement in the political arena, and to draw international attention to the multiparty conflict in Yemen. By documenting crimes committed by warring parties and drawing attention to the rights of civilians, Ali works to promote human rights, defend civilians, and encourage discourse around the rule of law and transitional justice in Yemen. In 2018, Human Rights First awarded Mwatana the prestigious Baldwin Medal of Liberty, which is given to exceptional international human rights advocates. In addition to his work in human rights, Ali has worked in education. He received two grants from the U.S. Embassy in Sanaa and a grant from the University of Delaware to establish libraries in public schools in Yemen. He also previously worked at the Yemen America Language Institute. Ali received the Erasmus Mundus award by the European Commission to study international relations at the University of Warsaw in Poland. His bachelor’s degree is in political science from Sanaa University in Yemen. He is a fellow with the American Middle Eastern Network for Dialogue at Stanford (AMENDS), an initiative that supports the next generation of leaders who are working to ignite concrete social change in the Middle East. He also participated in the Middle East Partnership Initiative fellowship training at Georgetown University, an intensive training program for civic leaders in Washington D.C.