Jack Lew and Raghuram Rajan on Politics and Public Institutions 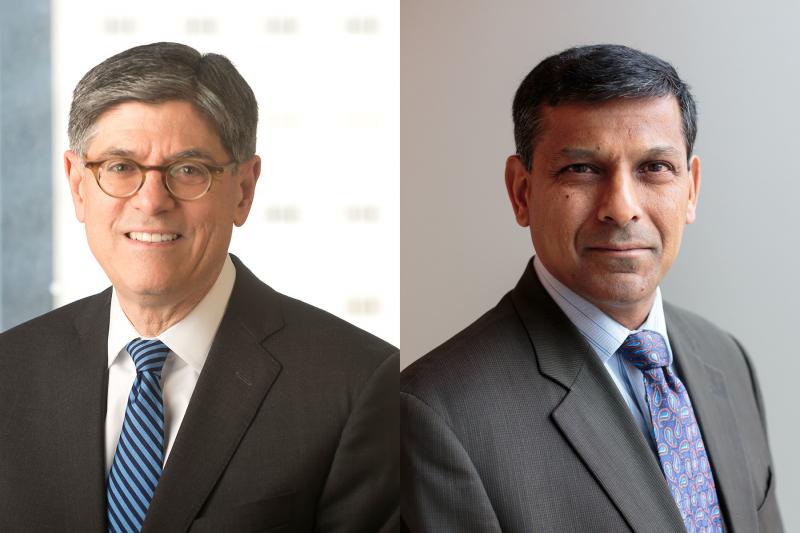 Columbia World Projects will host a public conversation between Secretary Jack Lew, the 76th Secretary of the Treasury, and Dr. Raghuram Rajan, the 23rd Governor of the Reserve Bank of India. In an era of democratic crisis, political interests are weakening political institutions by changing the rules that govern them, bolstering efforts to undermine them, and disregarding longstanding practices and norms. In response to these instances of institutional weakening, Secretary Lew and Dr. Rajan will offer their reflections on the role of independent monetary institutions in liberal democracies, the increasing pressures to which these institutions and their administrators are subject and potential avenues to strengthening them. Their discussion and the Q&A session that follows it will be moderated by Shailagh Murray, current Executive Vice President for Public Affairs at Columbia University and former Senior Advisor to President Obama.

Jack Lew and Raghuram Rajan on Politics and Public Institutions